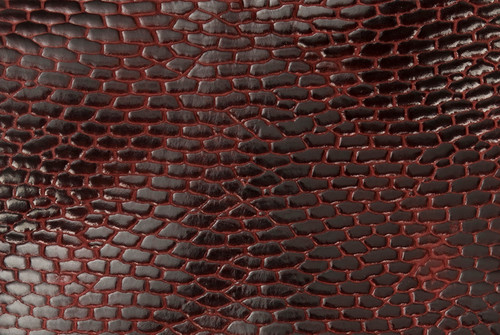 Throughout North America, beavers are sustainably sourced and humanely harvested, caught by licensed trappers during a single law-enforced season in areas where they cause great ecological disturbances. Beavers are considered a nuisance species and cause many negative environmental and economic externalities, related to the damage they cause to downstream farmers (upstream beaver dam problems), germs and bacteria they put into fresh water and the damage they cause to tree farms. Reducing the beaver population improves water flow and quality, improves crop yields, reduces the tax burden on residents in poor rural communities, and generates economic value for people in those same areas.

Beaver tail is a byproduct of the meat. Beaver meat has sustained Native American populations throughout America and Canada for thousands of years. Many Ojibwe and Cree tribes would even set up their winter dwellings near beaver colonies knowing they would have a continued source of protein throughout the winter that they wouldn't have to chase through the woods after. To this day, beaver meat is enjoyed as a traditional food in many Cree communities and Canada. Many trappers in the Midwest, Northeast states, and Canada eat beaver backstraps, hindquarters, ground into burger or cubed.

Beaver tails are rich in historical value and are filled with the Americana culture. Beavers were one of the first hides that sparked the fur trade between the Native Americans and European sailors in the 1500's. Today, beaver tails are not a byproduct of the fur business. Fur prices are so low that trappers are not going after them. As a result, the supply of beaver tails is extremely limited.

The texture and durability of beaver tail leather is incredibly unique. It is naturally scratch-resistant and water-resistant, making it a perfect material for watch bands, wallets, card cases, holsters, sheaths, and other small leather goods.

Beaver tail has a unique-matrix like scaling pattern with natural scratch and water-resistance. PanAm processes and stocks tails that run approximately:

PanAm Leathers grades beaver tail on the center 8” x 2,5” rectangle only. The grades are defined as follows:

Beaver tail leather has several uses, depending upon its grade:

Grade 3 beaver tail is used on goods that don’t require a clean surface, perhaps for an intentional look of wear and tear, or for craftsmen practice.

Sustainability and Ethics for the Beaver Tail Trade

The beaver tail scores a perfect 10 out of 10 in the PanAm Leathers Sustainability and Ethics Rating System. Animal welfare systems have been developed and implemented. Beavers are exclusively trapped in the wild, where there is a thriving estimated population of over 10 million beavers. The tails are a byproduct of the beaver meat industry.

The beavers are wild, free roaming, free range animals that fill a niche in their ecosystem without barriers. Once captured, these beavers receive as quick and humane a dispatch as any domesticated animal does when it's their time. State and local agencies implement and enforce laws that ensure trappers meet these ethical standards. If a particular beaver is trapped and removed from an area that provides adequate food and habitat, a new beaver will move into that area within weeks. If the area that a particular beaver was trapped in has been depleted by the local beaver population, then the next beaver will move onto "greener pastures" and the surrounding habitat will be left alone to regenerate. And the sustainability cycle continues.

All beavers are legally trapped and dispatched following state regulations.  In most states, trappers must be certified via Trapper Education courses, as well as have a trapping license to trap and sell the animals that they trap. The state’s corresponding departments set laws according to guidelines that ensure the most humane and ethical treatment of animals being trapped. For example, in Minnesota, traps must be checked every 24 to 72 hours, depending upon the type of trap used. Trapping regulations are in place to ensure that trap design, trap size and trap placement all ensure a humane catch and quick dispatch of the animal.

Trappers play an important role as both conservationists, as well as the first line of defense for animal damage and infrastructure. On the conservation side of things, if there is an overpopulation of beavers, they decimate the food and habitat in a particular area and can literally "eat themselves out of house and home." This isn't good for the beavers, but it also affects the deer, moose, ducks, reptiles, etc. that use that same habitat. Along with that, too many beavers in any given area will result in diseases and sicknesses that will eventually destroy entire populations.

From an infrastructure standpoint, beavers can be detrimental to roadways, agricultural crops and other animal habitats. Trappers are paying for equipment, licenses, gas, etc. which not only help local economies and state agencies, but also perform a service to taxpayers free of charge. If licensed trappers aren't performing these services during the trapping season, then local and state municipalities will need to spend taxpayer dollars to hire animal damage control trappers to eradicate the beavers from problem areas.

Beaver meat has sustained Native American populations throughout America and Canada for thousands of years. Many Ojibwe and Cree tribes would even set up their winter dwellings near beaver colonies knowing that they would have a continued source of protein throughout the winter that they wouldn't have to chase through the woods after. To this day, beaver meat is enjoyed as a traditional food in many Cree communities and Canada. Many trappers (me included) in the Midwest, Northeast states, and Canada eat beaver backstraps, hindquarters, ground into burger or cubed.